The first upscale resort in one of Myanmar’s most compelling destinations, Inle Lake, has launched a boat journey to an ancient capital where more than 100 stupas lie in a flooded plain.

With skyrocketing numbers of tourists descending on the lake’s stilted villages and floating gardens, Sanctum Inle Resort has introduced a full day tour to Sagar, a 538-year-old village in the southern-most reaches of the lake.

Founded as a royal capital of the Shan State in 1479, Sagar has been dubbed Inle’s “best kept secret.” Its 108 stupas date to the 16th and 17th centuries, and lie partially submerged during the rainy season.

“Very few tourists make the trip down to this region yet it is one of the most beautiful places in the Shan State, offering a taste of the ‘real’ Inle Lake that authorities only opened to tourists just over a decade ago,” said Sanctum Inle Resort’s General Manager Philippe Arnaud. 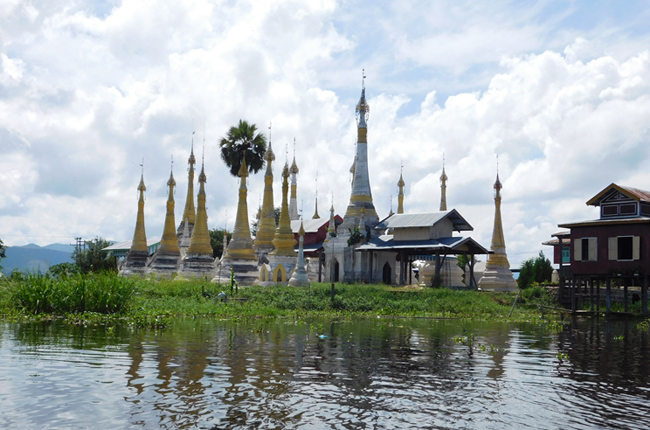 With skyrocketing numbers of tourists descending on the lake&amp;amp;rsquo;s stilted villages and floating gardens, Sanctum Inle Resort has introduced a full day tour to Sagar, a 538-year-old village in the southern-most reaches of the lake.

Other highlights on the tour include rice wine at Thaya Gone village, where the local brew is produced, and a visit to more than 200 stupas at Tar Kaung, as well as through the natural, underground kilns at Sae Khaung Pottery Village.

Arnaud said the three-hour boat journey to and from Sagar is an experience all its own. The trip back across the lake makes for a stark contrast to the morning excursion, due to a dramatic shift in the sunlight and afternoon activities on the lake including the women hanging the rice noodles and spun cotton out to dry, as well as the children returning from school on boats.

Once a thriving town of the Shan hereditary prince Sawbwa, the former royal capital of the Shan State is dubbed the ‘best kept secret’ of Inle Lake.